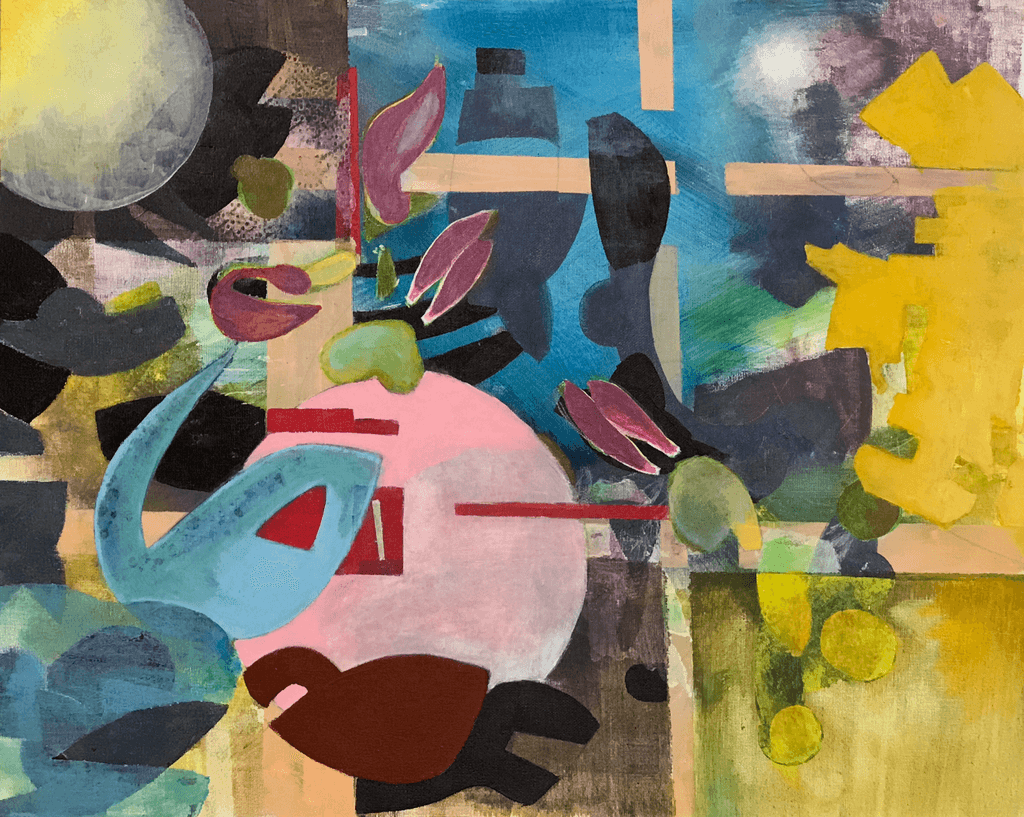 This painting is too… part 3

This is how I started. Or anyway at some point this is what I had:

Then I thought it was too dull and grey and so on. So I basically remedied all that, and my next phase was this:

Now I just wanted to adjust some smaller things, like the big blue fish that I thought was too blue and the yellow mask that I found too transparent.

So now what I ended up with is this:

I slightly changed the shape of some elements and I changed a lot of colors. Take those four little fish for instance. At one point, even before the first phase shown above, they were off white. Then I made them green, to connect them more to the rest of the elements. But then I found them too dominant and everything was getting too green, so then I covered some of the green with brown. That’s how you see them in phase 1 and 2.

But then I thought it was all getting a bit too muddy with that brown. So I made them white again, but now they were not off white, but bright white with some green shining through. You can still see that from the white rims they have now. But then I thought they stood out too much again, they became the center of attention. And I didn’t want that. So I made them red. Then I found them still too dominant and finally I changed them to the sort of dull purple they are now. Lots of trial and error. But the good thing is, they still have the white rim and some hint of red.

The last of the homehauses