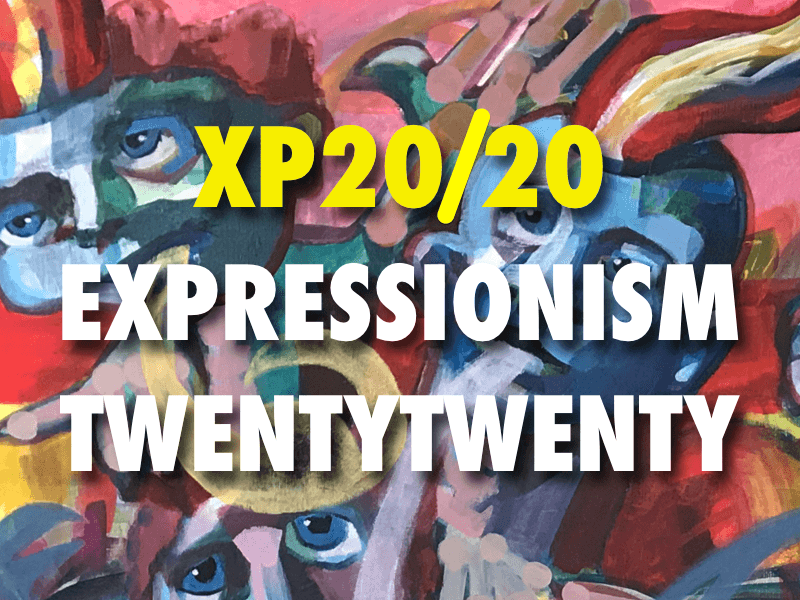 In short
This is the announcement of a neo movement in art and a related community called XP20/20. The article gives a short overview of expressionism in history and its four main movements. It describes the five characteristics of Expressionism Twentytwenty.
Please note: I keep a better updated version of this article on Behance.

Expressionism in history
Expressionism is a style of painting in which “the artist attempts to depict not objective reality, but rather the subjective emotions and responses that objects and events arouse in them”.

I have always been drawn to expressionism. One day, for instance, I was visiting a museum in Rotterdam. I turned the corner to the next exhibition room. My breathing stopped when I saw a painting by Max Beckmann.

Beckmann had ﬂed to the Netherlands in 1937, after the Nazis condemned his work as degenerate (entartete Kunst) and banned him from exhibiting it in Germany. His anchor and refuge during that time was Helmuth Lütjens, director of the Dutch branch of a German art ﬁrm.

Mechanisms of expressionism
Expressionists impose their own sensibility to the world’s representation. The expressionist artist substitutes to the visual object reality their own image of the object. The search for harmony and forms is not as important as trying to achieve the highest expression intensity. They accomplish this through five mechanisms:

Germany in the twenties
What we can now call ‘Figurative expressionism‘, (where objects like landscapes, animals, people and so on, even though distorted, are still recognisable) bloomed in Germany, in the twenties of the last century. Although some forms are distorted, exaggerated and put into fantasy combinations, they can still have quite a ‘classical’ look. The best known German expressionists are Max Beckmann, Ernst Ludwig Kirchner and Emil Nolde.​​​​​​​

For more on expressionism see Tate: art and artists​​​​​​​

And the Neue Wilde (in the eighties) with Fetting and Middendorf as important representants. They seem to be a modern variant of the original German expressionism of the ’20s and ’30s. I have separate posts on this website on these last two movements, two posts even on CoBrA.

What is it?
Twentytwenty refers to:
– The year 2020.
– The link between the nineteen 20’s in which the German expressionists like Beckmann started and the two-thousand 20’s, which is our time.
– A little pun on 20/20 vision (being optically perfect vision). As a symbol for the desire to “achieve the highest expression intensity”.

1. Emotion
Striving for the most intense emotional expression. This is achieved through the classical means found in all expressionisms: a. distortion, b. exaggeration and c. a vivid color palette. With this characteristic, XP20/20 is building on the original expressionists from the ’20s and ’30s.

3. Manual crafting
Parts of the painting may (or may not) be created with a computer, but some part is always done by hand, safeguarding a direct link with the unconscious mind. With this characteristic, XP20/20 is building on the Neue Wilde from the ’80s.

4. Tone over colour
If recognizable objects are depicted (which is not always the case, given that there is also abstract expressionism in 20/20), colours will be substituted freely by other colours, but the tone is roughly realistic. With this characteristic, XP20/20 is building on the ‘Groninger Ploeg‘ a local Dutch expressionist movement in ’30s and ’40s.

5. Bigger purpose story
The artist tells a story in words, where they link their painting to themes that are bigger than the painting and larger than their own life. Often these stories will be about the human condition; the life challenges each of us deals with. The story clearly connects the work to its purpose for the viewer, in an explicit way. With this characteristic, XP20/20 is adding an element that has been present in the work many expressionist artists, but which had not been formalized as a characteristic yet.