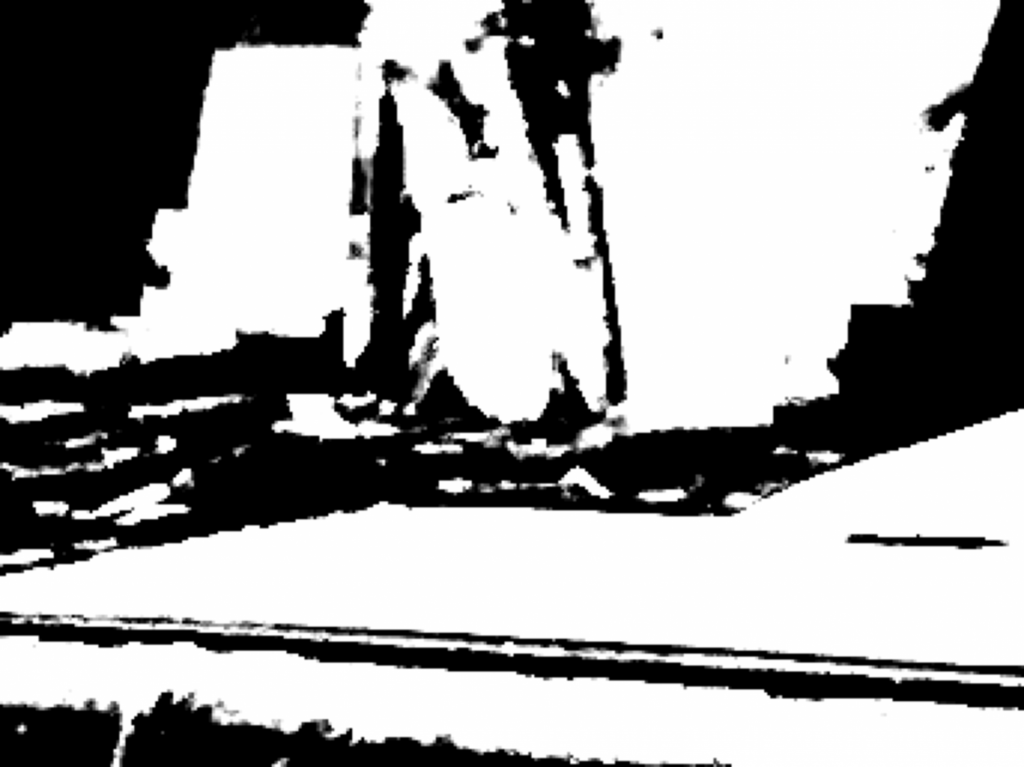 What am I working on? I have a new hero. I got fascinated by the US abstract expressionist Franz Kline. I was struck by the organic unity in his paintings. His work looks very simple (mostly black and white). But careful viewing shows that they went through many versions, edits and iterations.

I read about Kline’s process. Long story short: he blew up realistic drawings with a projector on a wall and made them so large that he got an unrecognizable shape. Which he then painted in black and white. Here is an example:

Kline was famous for using house paint, rather than art paint, as did some other abstract expressionists. I was impressed by his work and I was excited about trying out this process for myself. I experimented with several photo’s and ended up using this one you see here below.

You may recognize this picture from the ‘If art is the tip of the iceberg’-project. BTW this project is still running. I sent the canvas to Uwe Hoche in France, who did a very interesting addition of a face in the clouds. Uwe in turn sent it on to Stas Lyashenko in Ukraine.

Well from the black-and-white picture above, I took out a small detail. It a part of the table you see behind me in the picture. This detail I blew up, easy to do today with graphic software. In Kline’s day I guess it was more difficult. And so I arrived at this composition:

Then I rotated the image another 180 degrees and projected it on a canvas board that already had an abstract painting on it. I painted the projected image black and added some quite a bit of color detail to the resulting composition.

What I like about this composition, is that it has a natural balance, coming from the actual objects. Then I looked at it very carefully to make a story about it. I see this as an important part of any work of art: the story. People say artworks speak for themselves. They don’t. So I speak for my works.

Putting this picture on this site and on Behance, I edited the story once or twice. I started seeing more and more in this painting. Now I am thinking about adapting the painting to the story… reverse engineering. If I do I’ll show the results in another post.

I plan to do two more of those. I already know the titles: ‘Good afternoon Doctor Kline’ and ‘Good evening Doctor Kline’. Ha ha.