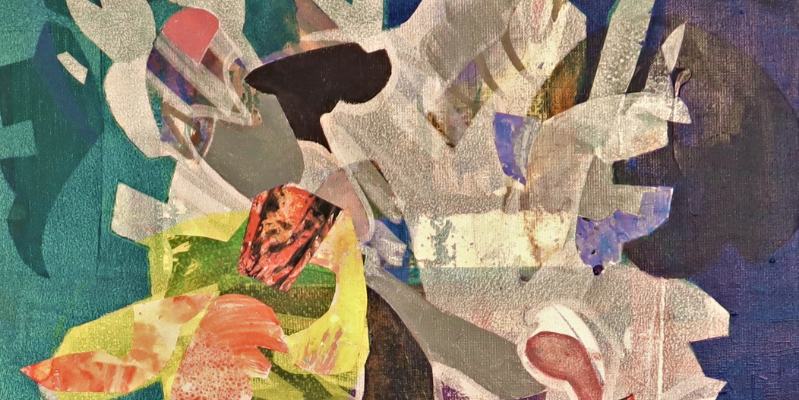 Bodies of work… How do you choose a direction in your art?

You probably noticed: painters have ‘periods’. They make similar works for a while, could be a few months or could be years. And then their work changes. Again they make works that are similar, but different from before: they have gone into a new ‘period’.

I just visited a large overview exhibition of Georges Braque. You could see him move from one period to the next very clearly. From realistic work into cubism in about 5 years. I found it fascinating to watch this development step by step, painting by painting.

Later, I was watching a youtube movie where an art teacher advised students to develop ‘bodies of work’. A ‘body of work’ is a series of paintings on the same theme, in a similar form or shape or expressing a similar idea. He even specified the number: 12 works.

This idea of bodies of work, 12 paintings, kept milling around in my head. My ‘periods’ tend to be one, maximum three works… One friend commented, after looking at 10 of my paintings for 2 minutes total: ‘You are still finding your form’. I wasn’t very happy with him saying that. Putting it mildly. He might just as well have said that I am very versatile as an artist. But I understood what he meant.

So, long story short, I looked at all of my painting and I chose three:

I decided to base a body of work on each of those three.

The top one is pretty recent. So I started with that one. It is based on overpaintings and cut outs and repainting and overpainting again…. So I took two paintings that I didn’t like so much anymore and I overpainted both of them, leaving some parts in color by covering them with shapes before painting. Then I went to Germany for a few days with Anneke (where the museums are still open). Then I came back and wow! One of the paintings I had overpainted was just beautiful. Frame it an hang it! Wow! So rewarding!

Previous Post How do you compose an exposition? Next Post Finally I found peace in my painting